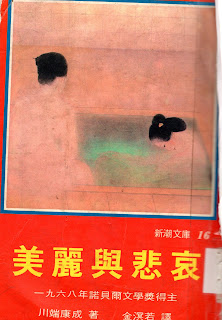 
-----
IN a village of La Mancha, the name of which I have no desire to
call to mind, there lived not long since one of those gentlemen that
keep a lance in the lance-rack, an old buckler, a lean hack, and a
greyhound for coursing. An olla of rather more beef than mutton, a
salad on most nights, scraps on Saturdays, lentils on Fridays, and a
pigeon or so extra on Sundays, made away with three-quarters of his
income. 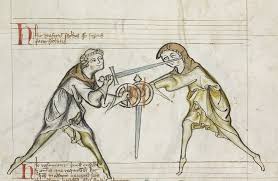 27 Boast not thyself of to morrow; for thou knowest not what a day may bring forth.
2 Let another man praise thee, and not thine own mouth; a stranger, and not thine own lips.
3 A stone is heavy, and the sand weighty; but a fool's wrath is heavier than them both.
4 Wrath is cruel, and anger is outrageous; but who is able to stand before envy?
5 Open rebuke is better than secret love.
6 Faithful are the wounds of a friend; but the kisses of an enemy are deceitful.
7 The full soul loatheth an honeycomb; but to the hungry soul every bitter thing is sweet.
8 As a bird that wandereth from her nest, so is a man that wandereth from his place.離家飄泊的遊子，有如無巢可歸的雀鳥。
9 Ointment and perfume rejoice the heart: so doth the sweetness of a man's friend by hearty counsel.
10 Thine own friend, and thy father's friend, forsake not; neither go into thy brother's house in the day of thy calamity: for better is a neighbour that is near than a brother far off.鳥獸與同類相聚，真理也必歸於實行真理的人。？？？
11 My son, be wise, and make my heart glad, that I may answer him that reproacheth me.
12 A prudent man foreseeth the evil, and hideth himself; but the simple pass on, and are punished.
13 Take his garment that is surety for a stranger, and take a pledge of him for a strange woman.
14 He that blesseth his friend with a loud voice, rising early in the morning, it shall be counted a curse to him.
15 A continual dropping in a very rainy day and a contentious woman are alike.
16 Whosoever hideth her hideth the wind, and the ointment of his right hand, which bewrayeth itself.
17 Iron sharpeneth iron; so a man sharpeneth the countenance of his friend.
18 Whoso keepeth the fig tree shall eat the fruit thereof: so he that waiteth on his master shall be honoured.
19 As in water face answereth to face, so the heart of man to man.
20 Hell and destruction are never full; so the eyes of man are never satisfied.
21 As the fining pot for silver, and the furnace for gold; so is a man to his praise.
22 Though thou shouldest bray a fool in a mortar among wheat with a pestle, yet will not his foolishness depart from him.
23 Be thou diligent to know the state of thy flocks, and look well to thy herds.
24 For riches are not for ever: and doth the crown endure to every generation?
25 The hay appeareth, and the tender grass sheweth itself, and herbs of the mountains are gathered.
26 The lambs are for thy clothing, and the goats are the price of the field.
27 And thou shalt have goats' milk enough for thy food, for the food of thy household, and for the maintenance for thy maidens.
King James Version (KJV)


And for Kraus, language was morality. Language was integrity. To corrupt language was to corrupt society and individual alike."克勞斯認為，語言就是道德，是誠實的秉性。腐蝕語言，就是腐蝕社會和個人。" (頁244)
梁永安譯： 語言是道德的體現，是誠正的體現，語言的失序會同時帶來社會與個人的失序。


Karl Kraus (writer) - Wikipediahttps://en.wikipedia.org/wiki/Karl_Kraus_(writer)Karl Kraus (April 28, 1874 – June 12, 1936) was an Austrian writer and journalist, known as a ... Kraus enrolled as a law student at the University of Vienna in 1892. Beginning in April of the same year, he began contributing to the paper Wiener ...


And for Kraus, language was morality. Language was integrity. To corrupt language was to corrupt society and individual alike. (The Ecological Vision: Reflections on the American Condition By Peter Drucker, p.455)

Letter to Flaubert written in Nohant January 17, 1869 (Volume 21 of the Correspondence George Sand by Georges Lubin).

"The individual named George Sand is doing well, savoring the wonderful winter in Berry, picking flowers, pointing out interesting botanical anomalies, sewing dresses and coats for his daughter-in-law, puppet costumes, cutting scenery dresses dolls, reads music, but above all, spends hours with little Aurore, who is an amazing little girl.There is no more to be proclaimed and happier in her interior than this old troubadour withdrawn from business, who sings from time to time his little romance to the moon, without much concern for good or bad singing provided that he says the motive which trots through his head, and which, the rest of the time, strolls deliciously ...
This pale personage has the great pleasure to love you with all his heart, not to pass a day without thinking of the other old troubadour, confined in his solitude as an enraged artist, disdainful of all the pleasures of this world, enemy of the magnifying glass and its sweets. We are, I believe, the two most different workers who exist, but since we love each other like that, everything is fine. Since we think of each other at the same time, it is because we need its opposite, we complete each other by identifying ourselves at times with what is not self ... "

Illustrations: Portrait of George Sand in 1869 by Félix Nadar (Gallica); Portrait of Flaubert by Nadar circa 1869 (Municipal Library of Rouen).